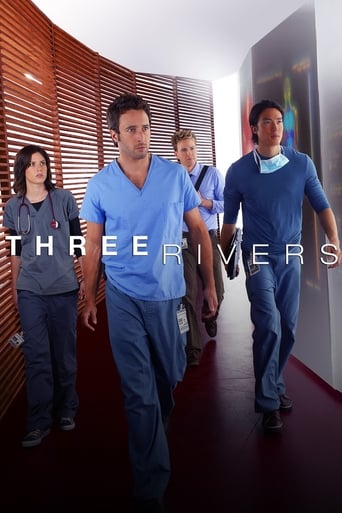 Three Rivers is an American television medical drama that debuted on CBS on October 4, 2009, starring Alex O'Loughlin in the role of an infamous transplant surgeon in Pittsburgh, Pennsylvania. On November 30, 2009, after just eight episodes of the season had aired, CBS announced that Three Rivers had been pulled from their schedule with no plans to have it returned, and the series was later officially cancelled. However, the series later returned to the network on June 5, 2010 to burn off the remaining unaired episodes.