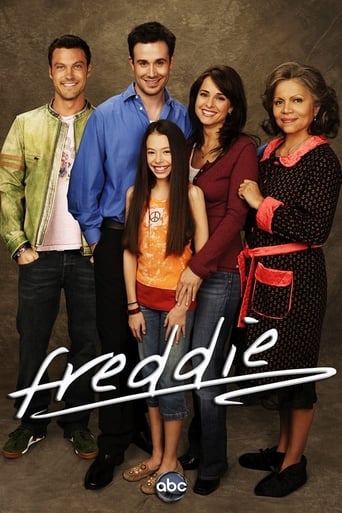 Freddie Moreno had finally escaped from the raucous house of women with whom he grew up. Having achieved some success as head chef at a trendy Chicago restaurant, he's ready for love and everything else that single life has to offer, including hanging out with his best friend and neighbor, Chris. Unfortunately, there's one slight hitch: After the death of his older brother and the collapse of his sister's marriage, goodhearted Freddie took in his impulsive sister-in-law, his pragmatic sister with her 13-year-old daughter and their irascible grandma, who refuses to speak English and only responds in Spanish – even though she understands every word. But while the members of this unconventional brood may test Freddie's patience endlessly, they also support and take care of one another, just as they always have. Now all Freddie has to do is figure out how to maintain his thriving bachelor lifestyle in a house overflowing with estrogen.