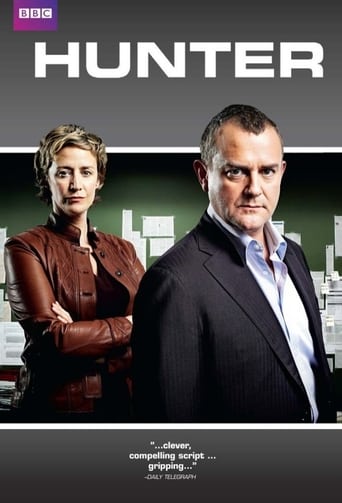 Hunter is a two-part BBC One police drama. Hugh Bonneville and Janet McTeer reprised their roles as the dysfunctional detective double-act following on from the 2007 series Five Days. The series aired in the UK on Monday 18 January 2009 on BBC One at 9pm and achieved an average of 5.4m viewers during first episode. It was simulcast on BBC HD.