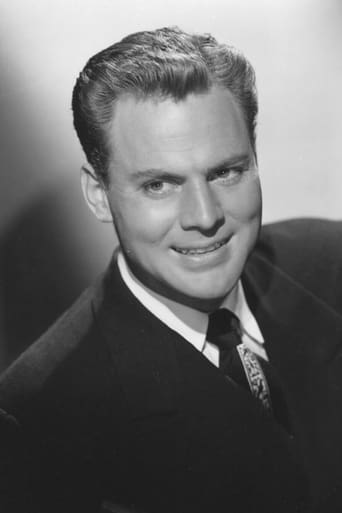 John G. Agar (January 31, 1921 – April 7, 2002) was an American actor. He starred alongside John Wayne in the films Sands of Iwo Jima and She Wore a Yellow Ribbon, but was later relegated to B movies, such as Tarantula, The Mole People, The Brain from Planet Arous, Flesh and the Spur, and Hand of Death. He also starred with Lucille Ball in the 1951 movie The Magic Carpet. Agar was born in Chicago, Illinois, the son of Lillian (née Rogers) and John Agar, Sr., a meat packer (see Agar Hams). He was educated at the Harvard School for Boys in Chicago and Lake Forest Academy in Lake Forest, Illinois and graduated from Trinity-Pawling Preparatory School in Pawling, New York, but did not attend college. He and his family moved from Chicago to Los Angeles in 1942, following his father’s death. During World War II he served in the Army Air Corps, and he was a sergeant at the time he left the army in 1946. He was Shirley Temple's first husband (1945–1950), and they worked together in Fort Apache. His marriage to Temple lasted five years and they had one daughter together, Linda Susan Agar, who was later known as Susan Black, taking the surname of her stepfather Charles Alden Black. Following his divorce from Temple, Agar was married in 1951 to model Loretta Barnett Combs (1922–2000). They remained married until her death in 2000. They had two sons, Martin Agar and John G. Agar III. Agar died on April 7, 2002 at Burbank, California of complications from emphysema. He was buried beside his wife at Riverside National Cemetery in Riverside, California. Agar made six movies with John Wayne: Fort Apache, Sands of Iwo Jima, Big Jake, Chisum, The Undefeated and She Wore a Yellow Ribbon. He also made two movies with Shirley Temple, Fort Apache and Adventure in Baltimore, also starring Robert Young. He is mentioned in the Frank Zappa song "The Radio is Broken" from the album The Man From Utopia (1983). Description above from the Wikipedia article John Agar, licensed under CC-BY-SA, full list of contributors on Wikipedia.