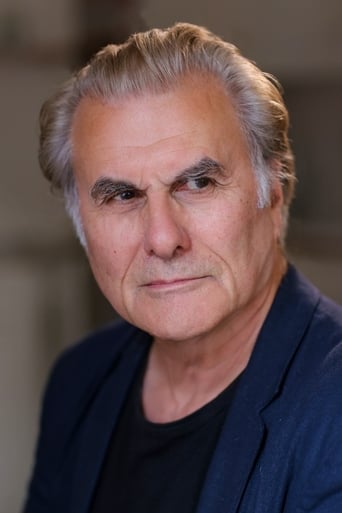 From Wikipedia, the free encyclopedia. Oliver Cotton (born 20 June 1944 in London) is an English actor, known for his work on stage, TV and film. After training at the Drama Centre London, he has worked extensively at the Royal National Theatre playing in many productions including The Royal Hunt of the Sun, Rosencrantz and Guildenstern Are Dead, Much Ado About Nothing, As You Like It, Oedipus, In His Own Write, Hamlet, Tamburlaine, No Man's Land, The Passion, Despatches, Half Life, The World Turned Upside Down, Julius Caesar, The Madras House, The Man With the Flower in His Mouth, Tales from the Vienna Woods, The Crucible, Piano, Troilus and Cressida, Money, Summerfolk, The Villain's Opera, Life x 3. At the Royal Court Theatre, he has appeared in The Local Stigmatic, The Duchess of Malfi, Man is Man, The Enoch Show, Erronenous Zones, The Tutor by Brecht, Lear and Bingo by Edward Bond and Piano/Forte by Terry Johnson. He was a founder member of Joint Stock appearing in their inaugural production The Speakers by Heathcote Williams. At The Royal Shakespeare Company he has played in The Marrying of Ann Leete, Henry VI, Edward IV, Richard III, The Plain Dealer, Some Americans Abroad by Richard Nelson, Brand by Ibsen. His West End appearances include The Homecoming by Harold Pinter, Children of a Lesser God by Mark Medoff, Benefactors by Michael Frayn (in whose Liberty Hall he also appeared in at the Greenwich Theatre), An Ideal Husband by Oscar Wilde, Life x 3 by Yasmina Reza, and Brand by Ibsen. He has also played the title role in King Lear at the Southwark Playhouse and Malvolio in Shakespeare's Globe's all-male production of Twelfth Night. His many TV appearances have included The Borgias (Cesare Borgia), David Copperfield, The Year of the French, The Play on One, Redemption, Poirot, The Camomile Lawn, Westbeach, Zorro, Sharpe's Battle, Rhodes, All Quiet on the Preston Front, Innocents, Judge John Deed, Inspector Lynley, Waking the Dead, M.I.T.: Murder Investigation Team, Beastly Games, Sensitive Skin, Midsomer Murders, Hotel Babylon. His films include Here We Go Round the Mulberry Bush, The Day Christ Died, Firefox, Oliver Twist, The Sicilian, Eleni, Hiding Out, Christopher Columbus, Son of the Pink Panther, The Innocent Sleep, Phoenix Blue, The Opium War, Beowulf, Baby Blue, The Dancer Upstairs, Shanghai Knights, The Bone Collector, Raindogs, Colour Me Kubrick. Description above from the Wikipedia article Oliver Cotton, licensed under CC-BY-SA,full list of contributors on Wikipedia.