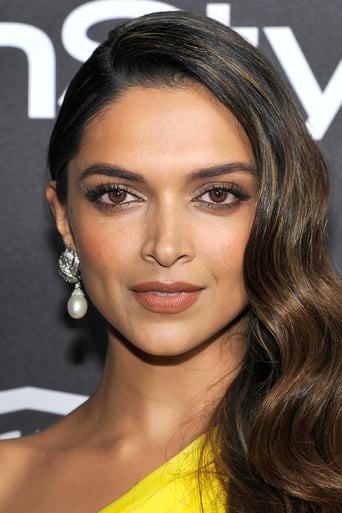 Deepika Padukone is an Indian film actress. She is one of the highest-paid actresses in the world and is cited in the media as one of the nation's most popular and attractive personalities. Padukone has established a career in Hindi films, and is the recipient of several awards, including three Filmfare Awards. Padukone, the daughter of the badminton player Prakash Padukone, was born in Copenhagen and raised in Bangalore. As a teenager she played badminton in national level championships, but left her career in the sport to become a fashion model. She soon received offers for film roles, and made her acting debut in 2006 as the title character of the Kannada film Aishwarya. Padukone then played a dual role in her first Bollywood release —the 2007 blockbuster Om Shanti Om— and won a Filmfare Award for Best Female Debut. The 2012 box office hit Cocktail marked a turning point in Padukone's career, earning her praise and Best Actress nominations at several award ceremonies. She rose to prominence with starring roles in the comedies Yeh Jawaani Hai Deewani (2013), Chennai Express (2013), and Happy New Year (2014), and the historical romance Bajirao Mastani (2015), all of which rank among the highest-grossing Bollywood films. Padukone's acclaimed portrayal of a character based on Juliet in the tragic romance Goliyon Ki Raasleela Ram-Leela (2013) and a headstrong architect in the comedy-drama Piku (2015) won her two Best Actress awards at Filmfare. Alongside her acting career, Padukone participates in stage shows, has written columns for an Indian newspaper, is a prominent celebrity endorser for brands and products, and is vocal about issues such as feminism and depression. She has designed her own line of clothing for women and is the founder of The Live Love Laugh Foundation, which creates awareness on mental health in India.