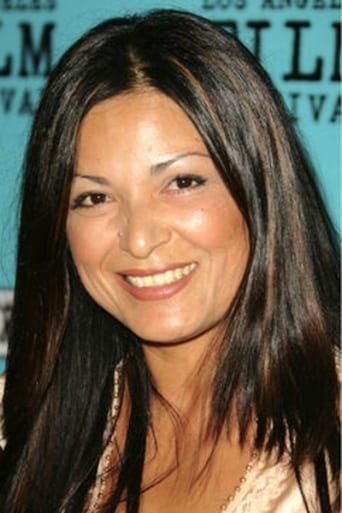 ​From Wikipedia, the free encyclopedia.   Elpidia Carrillo (born August 16, 1961) is a Mexican actress who has appeared in various acclaimed Latin-American films and television shows, in addition to some Hollywood films. She is also credited as Elpedia Carrillo on some of her films. Carrillo was born in Parácuaro, Michoacán, Mexico. Perhaps her best acted role in Hollywood to date has been that of "Maria" in the 1986 movie Salvador, where she acted alongside James Woods. Arguably, though, her best known role would be as the survivor, Anna, in Predator with Arnold Schwarzenegger and a cameo in Predator 2. In American cinema, she has also worked with Jimmy Smits and many other stars. Description above from the Wikipedia article Elpidia Carrillo , licensed under CC-BY-SA, full list of contributors on Wikipedia.