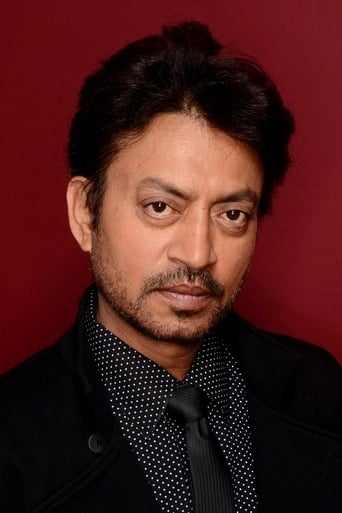 Saahabzaade Irfan Ali Khan credited as Irrfan Khan or simply Irrfan, is an Indian film actor, known for his work predominantly in Hindi cinema, as well as his works in British films and Hollywood. In a film career spanning almost thirty years and featuring in more than fifty domestic films, Khan has received numerous awards, including a National Film Award and Filmfare Awards in four categories. Film critics, contemporaries and other experts consider him to be one of the finest actors in Indian cinema for his versatile and natural acting. In 2011, he was awarded the Padma Shri, India's fourth highest civilian honour for his contribution to the field of arts. Globally, Khan has worked in several international projects such as The Warrior (2001), The Namesake (2006), The Darjeeling Limited (2007), the Academy Award winning film Slumdog Millionaire (2008), New York, I Love You (2009), The Amazing Spider-Man (2012), Life of Pi (2012), Jurassic World (2015) and Inferno (2016).