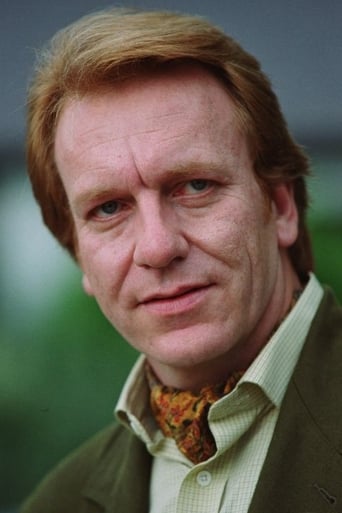 Clive Wood (born 1954) is an English actor. Born in Croydon, Surrey, Wood's first starring TV role was as Vic Brown, opposite Joanne Whalley and Susan Penhaligon, in the 1982 ITV drama series based on the novel A Kind of Loving. He has played Matt Kerr in Press Gang, DCI Gordon Wray in The Bill and Jack Morgan in London's Burning. He also played Captain Smollett in the 1990 TV film, Treasure Island (having previously played Dick in the 1977 BBC version). He has also appeared in a cameo as an Auton masquereading as a Roman commander in the Doctor Who episode The Pandorica Opens. Wood played the role of Blair in Mr. Palfrey of Westminster (1984–85), and Stephen Richford in an episode of the television series A Touch of Frost entitled "Dancing in the Dark" (2004). He was also in the television series Midsomer Murders, playing the role of Geoffrey Larkin in the episode "Secrets and Spies" (2009), and again in 2014, playing Johnny Linklater in the episode "Wild Harvest". From Wikipedia, the free encyclopedia