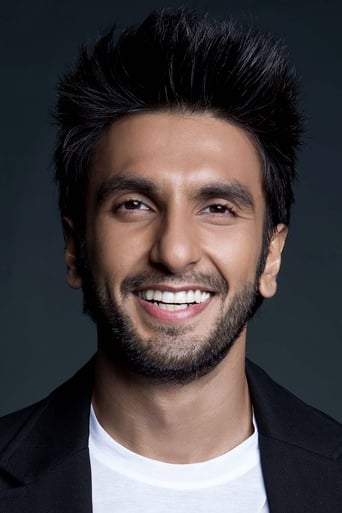 Ranveer Singh Bhavnani is an Indian film actor who appears in Hindi films. After completing a bachelor's degree from Indiana University, Bloomington, Singh returned to India to pursue a career in film. He made his acting debut in 2010 with a leading role in Yash Raj Films' romantic comedy Band Baaja Baaraat. The film emerged as a critical and commercial success, earning Singh a Filmfare Award in the Best Male Debut category. Singh went on to star in the romantic drama Lootera (2013), Sanjay Leela Bhansali's tragic romance Goliyon Ki Raasleela Ram-Leela (2013), his biggest commercial successes to that point, and in the action-drama Gunday (2014). In 2015, he starred in the ensemble comedy-drama Dil Dhadakne Do (2015), and portrayed Bajirao in the historical romance Bajirao Mastani, one of the highest-grossing Bollywood films, for which he garnered critical acclaim and won the Filmfare Award for Best Actor.