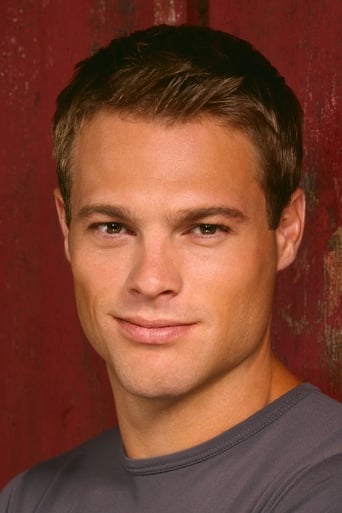 From Wikipedia, the free encyclopedia. George Sheehy Stults (born August 16, 1975) is an American actor and former fashion model. Stults grew up in Green Mountain Falls, Colorado but was born in Detroit, Michigan Stults was interested in acting and wrestling in high school. He got his career start in life as a model. A commercial agent spotted Stults eating lunch one day and stopped to give him her card and he then entered into the world of acting. At the time, Stults seriously considered joining the U.S. Navy. George auditioned for a role on 7th Heaven where his younger brother Geoff already had a recurring role as Mary Camden's love interest Ben Kinkirk. Originally auditioning for the role of a kid who forces people to drink, George was later cast in the role of Ben's older brother Kevin. He also starred as Kevin Kinkirk on the long-running television show, 7th Heaven. For the show, he auditioned for a guest role, but a week later the producers asked him to play Ben Kinkirk's older brother Kevin, realizing that he was the real-life brother of the actor who played Ben, Geoff Stults. In 2001, George made a guest appearance on a season 7 episode of Friends, The One With Joey's New Brain as Jessica Lockhart's daughter's boyfriend. He previously had appeared in Everybody Loves Raymond for a much less conspicuous appearance. Stults has signed on to do television and print ads for Liz Claiborne's new fragrance "Bora Bora," and he plans on leaving the modeling world after that. He has appeared in the "Spirit of a Boy, Wisdom of a Man" music video by Randy Travis. He appeared in K-Mart commercials with many other WB stars (2004). He received a wrestling scholarship at the University of Southern Colorado, but he transferred to Whittier College in his junior year to be closer to his brother. He starred in the film Night Skies in 2007. He will star in the upcoming psychological thriller Necrosis alongside James Kyson Lee and Tiffany. Description above from the Wikipedia article George Stults, licensed under CC-BY-SA, full list of contributors on Wikipedia.