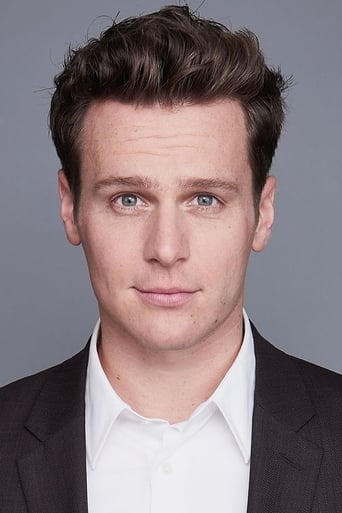 Jonathan Drew Groff (born March 26, 1985) is an American actor and singer. Groff rose to prominence in 2006 for his performance in the lead role of Melchior Gabor in the original Broadway production of Spring Awakening, for which he was nominated for the Tony Award for Best Actor in a Musical. He returned to Broadway in 2015 to play the role of King George III in Hamilton, a performance for which he earned a nomination for the Tony Award for Best Featured Actor in a Musical. He also appeared on the cast recording, which won the Grammy Award for Best Musical Theater Album. Groff is also known for his many television appearances, starring as Ian Todd in the Starz political drama Boss and as Patrick Murray in the HBO drama series Looking. He also received critical acclaim for his recurring role of Jesse St. James in the Fox musical-comedy series Glee. He also voiced the role of Kristoff in Walt Disney Animation Studios' 2013 film Frozen.