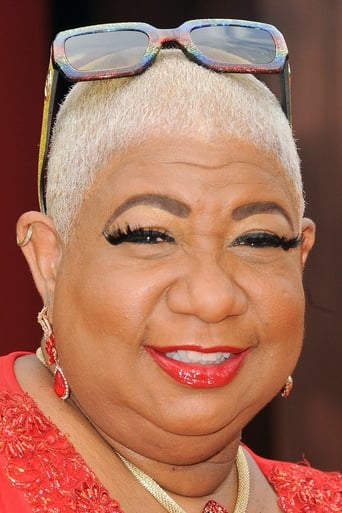 From Wikipedia, the free encyclopedia. Luenell Campbell (born March 12, 1959), known professionally as Luenell, is an American comedienne and actress. She was born in Tollette, Arkansas and uses only her first name. She is the youngest of eight children. She was raised in Northern California and attended Castro Valley High School. Luenell has one daughter, and lives in Los Angeles, California. In the early 1990s Luenell appeared regularly on Soul Beat TV on the Oakland, California cable station KSBT, along with prominent Bay Area African-American journalist Chauncey Bailey, an interview and talk show host on the program. Luenell was one of the few actual actors in the 2006 hit mockumentary-styled comedy film Borat: Cultural Learnings of America for Make Benefit Glorious Nation of Kazakhstan. In it, Luenell plays a prostitute of the same name, a hooker with a heart of gold. She has also been seen on the BET comedy series, Comicview, and is featured on the new season of Wild 'N Out. Luenell was in the second episode of the Comedy Central comedic reality show, Reality Bites Back. Description above from the Wikipedia article Luenell, licensed under CC-BY-SA, full list of contributors on Wikipedia.​