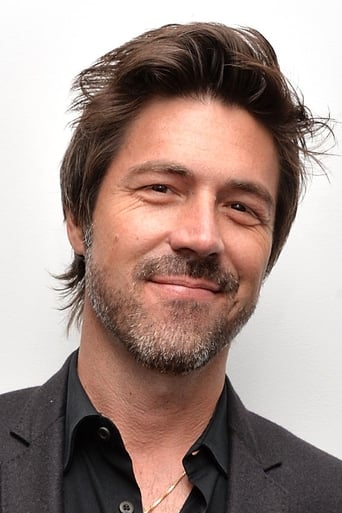 Kyan Douglas is an American television personality and stylist. He is known for being the grooming expert on the American television program Queer Eye from 2003 to 2007. He was raised in Tampa and Tallahassee. After high school he moved to Dallas, where he studied philosophy at Brookhaven College. He then first became interested in religion and the healing arts. He later moved to Austin, where he had initially planned to pursue his interest in acting. This was by studying drama at the University of Texas at Austin, though he was interdicted by his maximal shyness. He moved to New Orleans in his mid twenties, where he obtained a degree in TV production and theater studies at the Loyola University. In 1996 three of his close friends were murdered in a restaurant robbery where they all worked.This encouraged him to leave New Orleans. In 1999,he moved to New York City and started working in sales for Aveda. He then helped them set up the Aveda Institute, a hairstyling and grooming school. He then enrolled in its cosmetology program. After graduating at the top of his class, he joined the New York hair salon Arrojo Studio as a colorist. He then began working on the makeover TV shows What Not to Wear and While You Were Out as well. A client at Arrojo told him about a makeover show that was being cast in 2002. He then sent a photo of himself and a short bio he wrote to the producers. He was then called for an audition and quickly hired as the show’s “Grooming Guru”. As part of Queer Eye’s “Fab Five” he has co-authored a book and also appeared on a soundtrack CD and accompanying DVD based on the show. He has as well appeared on many magazine covers and TV talk shows. He published Beautified, his own book on grooming for women, and became a spokesman and product advisor for L’Oréal in 2004 .