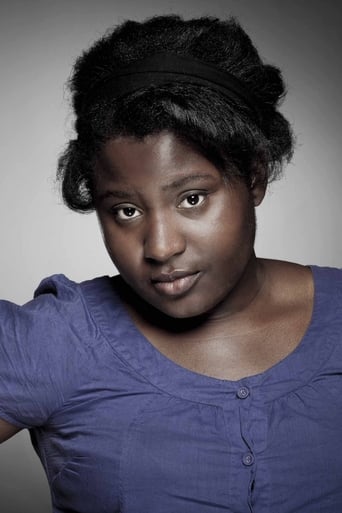 Susan "Susie" Indiaba Wokoma (born 31 December 1987 in Southwark, London, England) is an award-winning British actress of Nigerian descent. She is best known for her roles as "Raquel" in the E4/Netflix show Crazyhead and "Cynthia" in Chewing Gum. Wokoma was a child participant in CBBC's Serious Jungle in 2002. She was also a member of The National Youth Theatre, making her professional acting debut in the BAFTA-winning That Summer Day before going on to train at RADA aged 19. Her television appearances have included Phoebe Waller-Bridge's show Crashing, Bluestone 42, Uncle, Misfits, as well as the film adaptation of Half of a Yellow Sun and The Inbetweeners 2. Her theatre work includes productions at the Royal Court, Bush Theatre, Royal Exchange, Manchester, Almeida Theatre, Crucible Theatre, and The Royal National Theatre. Wokoma also joined the New York transfers of Phyllida Lloyd's all female Donmar Warehouse productions of Henry IV and Julius Caesar at St. Ann's Warehouse. In 2016 she won Best Supporting Actor at the BBC Audio Drama Awards for her performance in the radio adaptation of Marie NDiaye's Three Strong Women. Later the same year it was announced that she would star in the E4/ Netflix original television series Crazyhead alongside Cara Theobold. She went on to win the RTS Best On-Screen Performance award for Crazyhead in 2017. Wokoma is also a writer.