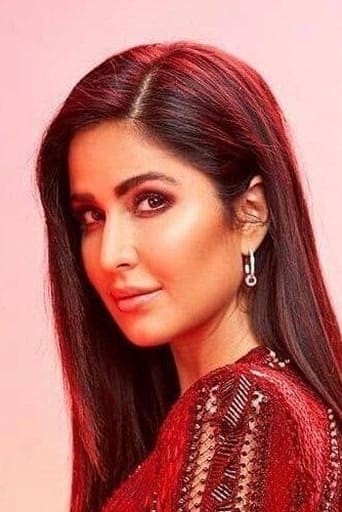 Katrina Kaif is a British Indian actress and former model who appears in Indian films, mainly in the Hindi-language film industry. She has also appeared in Telugu and Malayalam films. She was voted the sexiest Asian woman in the world by Eastern Eye in the years 2008, 2009 and 2010. Being a British citizen, she works in India on an employment visa. Kaif made her acting debut with Kaizad Gustad's box office failure Boom. She tasted success in 2007 with Vipul Shah's Namastey London and Anees Bazmee's Welcome. She has since appeared in films like New York (2009) and Rajneeti (2010). While the former earned Kaif her first Filmfare Award for Best Actress nomination, the latter emerged as her biggest commercial success so far. Description above from the Wikipedia article Katrina Kaif, licensed under CC-BY-SA, full list of contributors on Wikipedia.