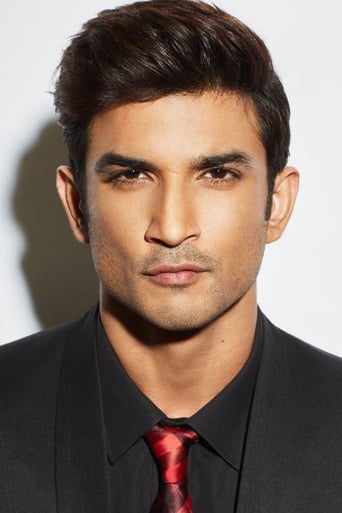 Sushant Singh Rajput is an Indian film and television actor. He started his career with television serials, including an award-winning performance in the soap opera Pavitra Rishta (2009–2011) and as a participant in two dance reality shows. He then entered films with a role as one of the three male leads in the drama Kai Po Che! (2013), for which he received critical acclaim as well as three Best Male Debut awards. His other notable films since then have been as male lead of the romantic comedy Shuddh Desi Romance (2014) and as the titular detective in the thriller Detective Byomkesh Bakshy! (2015), both of which were produced by Yash Raj Films. In 2016, Rajput appeared in Neeraj Pandey's biographical sports drama M.S. Dhoni: The Untold Story, in which he essayed the role of Indian cricketer Mahendra Singh Dhoni, the film was a commercial success and earned him a unanimous critical acclaim.