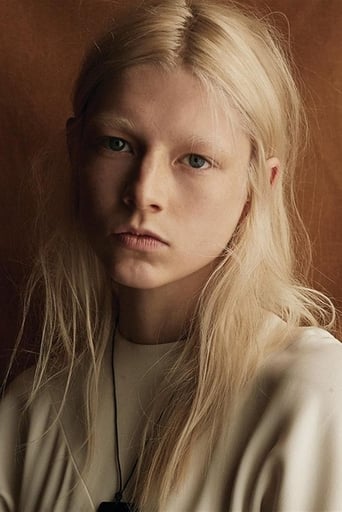 Hunter Schafer is an American fashion model, actress, artist, and LGBT rights activist. In 2019, she made her acting debut portraying Jules in the HBO series Euphoria. Schafer was born in Raleigh, North Carolina to parents Katy and Mac Schafer, who is a pastor at Hudson Memorial Presbyterian Church. She has three younger siblings: two sisters and a brother. While in high school, she protested against the North Carolina Public Facilities Privacy & Security Act, also known as the "bathroom bill" or HB2. In an interview, she said that the Internet helped her cope with her gender identity, turning to YouTube and social media to learn about people's transition timelines. She graduated from the High School Visual Arts program at University of North Carolina School of the Arts in 2017, having transferred there from Needham B. Broughton High School. Schafer is a transgender woman, stating "I do like people to know that I'm not a cis girl because that's not something that I am or feel like I am. I'm proud to be a trans person." In regards to her sexuality, Schafer has said that she is closer to what people might call a lesbian. Schafer uses she and they pronouns. Schafer has modeled for Dior, Miu Miu, Rick Owens, Helmut Lang, Tommy Hilfiger, Coach, Maison Margiela, Vera Wang, Marc Jacobs, Versus Versace, Emilio Pucci, Ann Demeulemeester, and Erdem, among other fashion houses. Teen Vogue listed Schafer on its "21 Under 21" list, and granted her an interview with former United States Senator and Secretary of State Hillary Clinton. In 2019, Schafer was cast in the HBO series Euphoria. It was her acting debut. Aside from her leading role in the series, she has also collaborated with the show's creator Sam Levinson so that her character and the show's story also reflected her experience.