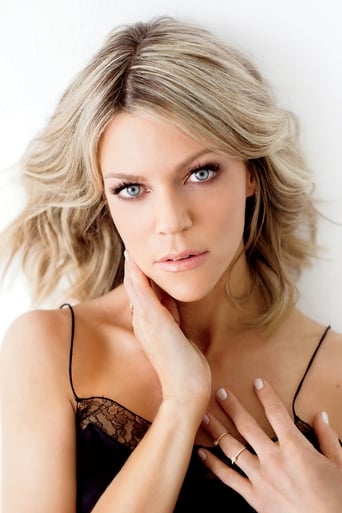 Kaitlin Olson (born August 18, 1975 height 5' 8" (1,73 m)) is an American actress best known for playing Deandra "Sweet Dee" Reynolds on It's Always Sunny in Philadelphia. Early life Olson was born in Tigard, Oregon. Her father, Donald Olson, worked as the publisher of the Portland Tribune. She studied theater at the University of Oregon, and later moved to Los Angeles, California to pursue acting professionally. Career Olson was a part of the improvisational group the Groundlings. She toured with the USO to Bosnia, Kosovo, and Norway. She made several guest appearances in films and television series such as Curb Your Enthusiasm, The Drew Carey Show, The Jamie Kennedy Experiment, Out of Practice, Miss Match, Family Guy, and Punk'd. She had a minor role in the film Coyote Ugly. In 2004, she was cast as Deandra "Sweet Dee" Reynolds in the FX sitcom It's Always Sunny in Philadelphia. She also voiced Ethel in the first season of the Comedy Central animated series Brickleberry. She had a recurring role as Hartley Underwood, the "one-armed" neighbor in the FX series The Riches. Personal life In September 2007, the Philadelphia Daily News reported that Olson and co-star/creator of It's Always Sunny in Philadelphia, Rob McElhenney, had been dating for over a year. They later became engaged and were married on September 27, 2008 in California. The couple had their first child, a boy named Axel Lee, on September 1, 2010. Olson went into labor at a Philadelphia Phillies game. Axel Lee was born in their home as planned.[9] Their second son, Leo Grey McElhenney, was born on April 5, 2012. Description above from the Wikipedia article Kaitlin Olson, licensed under CC-BY-SA, full list of contributors on Wikipedia.