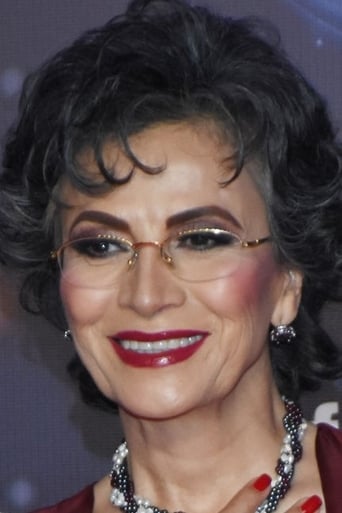 From Wikipedia, the free encyclopedia Patricia Verónica Núñez Reyes Spíndola (born 11 July 1953) is a Mexican actress, director and producer in films, TV series and theatre plays. She studied to become an actress in several ateliers in Mexico and London. She made her début in the movies in 1972, with El señor de Osanto, and two years later she started working in the Teatro Fru Fru. As an actress, she has worked with directors like Nancy Cárdenas or Arturo Ripstein. She has also worked in famous Mexican telenovelas. She won the Ariel prize for her roles in Los motivos de Luz and La reina de la noche. She has an acting school she runs with her sister, Marta Reyes Spíndola, in the Colonia Juárez neighborhood of Mexico City called M & M Studio, where she also teaches. Description above from the Wikipedia article Patricia Reyes Spíndola, licensed under CC-BY-SA, full list of contributors on Wikipedia.