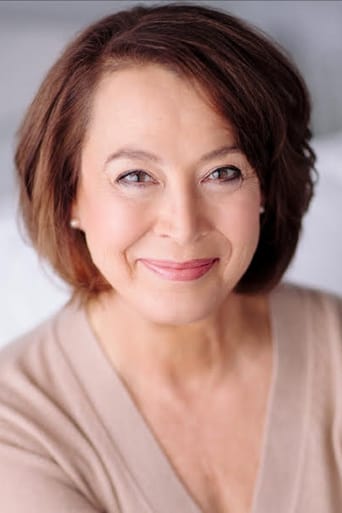 From Wikipedia, the free encyclopedia. Christine Willes is a Canadian television, theatre and film actress who is best known for her roles as Delores Herbig on the Showtime comedy-drama Dead Like Me and Gladys the DMV demon on the CW supernatural drama television series Reaper. She is also known for her role as Granny Goodness on the CW series Smallville. Willes also played the recurring role of Agent Karen E. Kosseff, a government counselor, on the TV show The X-Files. She also appears in a minor recurring role on the show Reaper on The CW, as Gladys, a demon from Hell who works in the DMV. She was nominated for a Leo Award in 2008 for that role. Like her Dead Like Me co-star Callum Blue, she was cast as the villain Granny Goodness on The CW's Smallville's tenth and final season (Blue appeared in the previous season as Zod). She also had a small role in the award-winning film Trick r Treat starring Anna Paquin, which also featured another Dead Like Me co-star, Britt McKillip. Christine appeared on the big screen in March, 2011 as Madam Lazar in Catherine Hardwicke’s production of Red Riding Hood – the first studio picture to be directed by a woman, shot by a woman and starring a woman (Amanda Seyfreid). She has won three Jessie Richardson Theatre Awards, and both produced and starred in Jasmina Reza’s The Unexpected Man. She directed Metamorphoses at Pacific Theatre in August 2008, and played Clara Epp in Touchstone Theatre's 2010 World Premiere of Sally Stubb's Herr Beckmann's People.