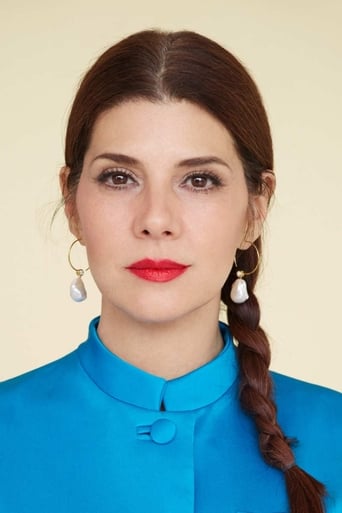 Marisa Tomei was born on December 4, 1964, in Brooklyn, New York, to mother Patricia "Addie" Tomei, an English teacher and father Gary Tomei, a lawyer. Marisa also has a brother, actor Adam Tomei. As a child, Marisa's mother frequently corrected her speech as to eliminate her heavy Brooklyn accent. As a teen, Marisa attended Edward R. Murrow High School and graduated in the class of 1982. She was one year into her college education at Boston University when she dropped out for a co-starring role on the CBS daytime drama As the World Turns (1956). Her role on that show paved the way for her entrance into film: in 1984, she debuted with a bit part in The Flamingo Kid (1984). Three years later, Marisa became known for her role as Maggie Lawton, Lisa Bonet's college roommate, on the sitcom A Different World (1987). Her real breakthrough came in 1992, when she co-starred as Joe Pesci's hilariously foul-mouthed, scene-stealing girlfriend in My Cousin Vinny (1992), a performance that won her a Best Supporting Actress Oscar. Later that year, she turned up briefly as a snippy Mabel Normand in director Richard Attenborough's biopic Chaplin (1992), and was soon given her first starring role in Untamed Heart (1993). A subsequent starring role -- and attempted makeover into Audrey Hepburn -- in the romantic comedy Only You (1994) proved only moderately successful. Marisa's other 1994 role as Michael Keaton's hugely pregnant wife in The Paper (1994) was well-received, although the film as a whole was not. Fortunately for Tomei, she was able to rebound the following year with a solid performance as a troubled single mother in Nick Cassavetes' Unhook the Stars (1996) which earned her a Screen Actors Guild nomination for Best Supporting Actress. She turned in a similarly strong work in Welcome to Sarajevo (1997), and in 1998 did some of her best work in years as the sexually liberated, unhinged cousin of Natasha Lyonne's Vivian Abramowitz in Tamara Jenkins' Slums of Beverly Hills (1998). Marisa co-starred with Mel Gibson in the hugely successful romantic comedy What Women Want (2000) and during the 2002 movie award season, she proved her first Best Supporting Actress Oscar win was no fluke when she received her second nomination in the same category for the critically acclaimed dark drama, In the Bedroom (2001). She also made a guest appearance on the animated TV phenomenon The Simpsons (1989) as Sara Sloane, a movie star who falls in love with Ned Flanders. In 2006, she went on to do 4 episodes for Rescue Me (2004). She played Angie, the ex-wife of Tommy Calvin (Denis Leary)'s brother Johnny (Dean Winters). At age 42, Marisa took a provocative role in legendary filmmaker Sidney Lumet's melodramatic picture Before the Devil Knows You're Dead (2007), in which she appeared nude in love scenes with co-stars Ethan Hawke and Philip Seymour Hoffman. Marisa then took on another provocative role as a stripper in the highly acclaimed film The Wrestler (2008), opposite Mickey Rourke. Her great performance earned her many awards from numerous film societies for Best Supporting Actress, a third Academy Award nomination, as well as nominations for a Golden Globe and a BAFTA. Many critics heralded this performance as a standout in her career.