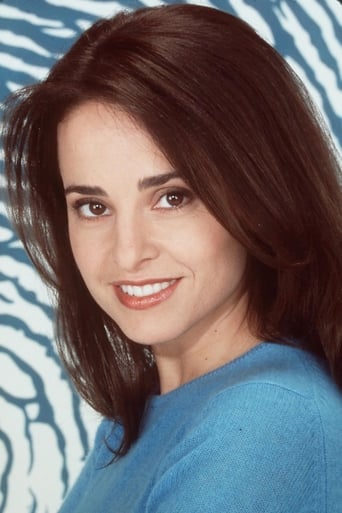 Jacqueline Danell Obradors (born October 6, 1966) is an American actress. Obradors was born in San Fernando Valley, California to Argentine immigrants Angie, a church worker, and Albert Obradors, an office cleaning business owner. Before becoming an actress, Jaqueline was a cashier at Hughes Market (now Ralphs) in Canoga Park, California. She is best known for playing supporting roles in Six Days Seven Nights (as Angelica) and A Man Apart, and for her role as Detective Rita Ortiz on the ABC crime drama NYPD Blue (2001–2005). She also appeared as "Carmen" in "Tortilla Soup," in 2001. In 2001, Obradors voiced the role of Audrey in Disney's Atlantis: The Lost Empire and 2004 sequel, Atlantis: Milo's Return. She appeared on the show, Freddie, starring Freddie Prinze, Jr., as Sofia, Freddie's sister, during the 2005-06 television season. She also was in one episode of George Lopez as Angie's sister, Gloria. In 2010, Obradors guest starred in the season 7 finale of NCIS. Description above from the Wikipedia article Jacqueline Obradors, licensed under CC-BY-SA, full list of contributors on Wikipedia.