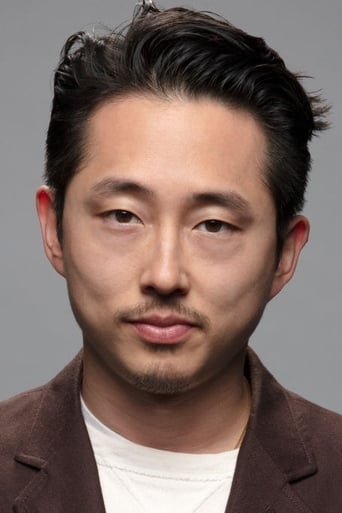 From Wikipedia, the free encyclopedia Steven Yeun (/jʌn/; Korean: 연상엽; born Yeun Sang-yeop, December 21, 1983) is a Korean-American actor, voice actor and singer. He is known for his role as Glenn Rhee on AMC's horror drama television series The Walking Dead. He has also starred in the award-winning films Okja, Sorry to Bother You, and the Korean film Burning, all of which received critical acclaim. Yeun has also appeared in many short and feature films, and has done video game and cartoon voiceovers. Description above from the Wikipedia article Steven Yeun, licensed under CC-BY-SA, full list of contributors on Wikipedia.