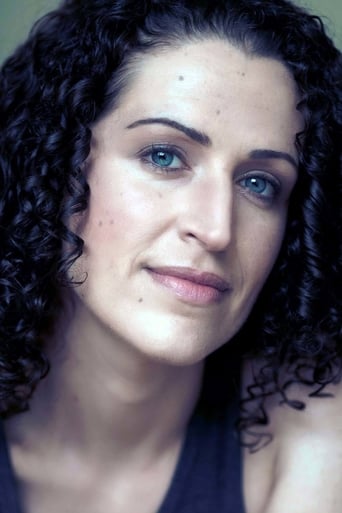 Tenaya Cleveland was born in Hawaii, and grew up in California. As a child, she sang in the Malcolm X Jazz Chorus (led by jazz pianist Dick Whittington, who enlisted jazz greats such as Bobby Hutcherson, Mary Stallings and Richie Cole to play & sing with the kids at concerts). At 10, she made her public acting debut as "The Kid" in the play "Bleacher Bums". After years of acting in theater, background work and small independent films, she landed a small role on HBO's acclaimed Six Feet Under (2001). Ms. Cleveland is a supporter of animal and human rights, and the environment. These passions drew her to work behind the scenes on Josh Tickell's multi-award-winning documentary, Fuel (2008), which won the prestigious Audience Award at Sundance Film Festival. Director Ambika Leigh, also a close friend, cast Cleveland as the lead in her dramatic short film, "Watching" followed by a quirky supporting role in her multi-award-winning short, Switchboard (2011). Soon after filming Switchboard, Tenaya toured the U.S. playing a triple-character role in the live comedy, "The Moderns." She was then discovered by the Emmy-winning director Fran Burst-Terranella, and cast as the pill-popping artist, Rosemary Cross in the feature film, The 12 Lives of Sissy Carlyle (2017) In between shooting scenes for Sissy Carlyle, Cleveland appeared in small roles on the TV shows Drop Dead Diva (2009) and Doktor D (2011). She was then cast in multiple episodes of The Haves and the Have Nots (2013), created and directed by Tyler Perry She has also appeared in the Funny or Die web series, "The Drunks." Ms. Cleveland has pursued her career from San Francisco, CA, Los Angeles, CA and Atlanta, GA. She has authored articles on subjects such as acting and independent filmmaking, and moderated / served on panels for the Atlanta Film Festival in 2014 & 2015.