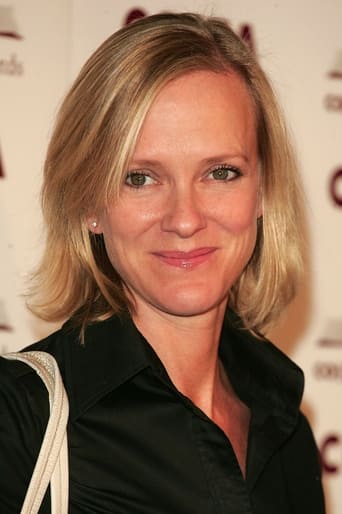 ​From Wikipedia, the free encyclopedia Hermione Norris (born February 1967) is an English actress. Norris attended the London Academy of Music and Dramatic Art in the 1980s before taking small roles in theatre and on television. In 1996, she was cast in her breakout role of Karen Marsden in the comedy drama television series Cold Feet. She appeared in every episode of the series from 1998 to 2003 and was nominated for a British Comedy Award. From 2002 to 2005, she co-starred in the crime drama series Wire in the Blood as Carol Jordan, and from 2005 to 2009 co-starred in the BBC One spy drama Spooks as Ros Myers. Her role in Spooks won her the award for Best Actress at the 2008 ITV3 Crime Thriller Awards, and another nomination the next year. From 2007 to 2009, she co-starred in the ITV comedy drama Kingdom, opposite Stephen Fry. Norris is married, with two children. Description above from the Wikipedia article Hermione Norris, licensed under CC-BY-SA, full list of contributors on Wikipedia.