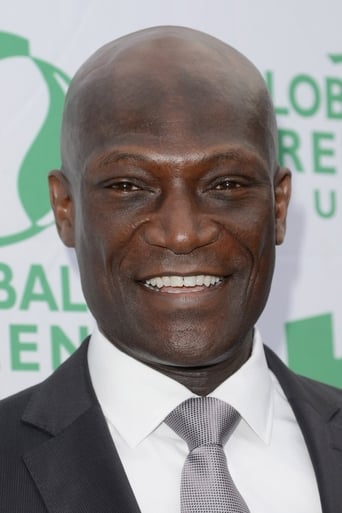 Peter Mensah (born on 27 August 1959 in Accra, Ghana), is an English/Ghanaian actor, best known for his roles in Tears of the Sun and 300, and more recently on the Starz original series, Spartacus: Blood and Sand, Spartacus: Gods of the Arena, and Spartacus: Vengeance. Mensah comes from an academic family. He was born in Ghana, to parents of the Ashanti People but he moved to Hertfordshire, England with his father, an engineer, and his mother, a writer and two younger sisters at a young age. Mensah moved to Canada 11 years ago. He emigrated from Britain to see the world and it was a toss-up whether his destination would be Canada or Australia. The paperwork for Canada came through first. Mensah's film credits include Avatar, 300, Hidalgo, Tears of the Sun, Jason X, Harvard Man, Bless the Child and The Incredible Hulk. He also stars in the short film The Seed, produced and directed by Linkin Park's DJ Joe Hahn. He has made television appearances in Star Trek: Enterprise, Tracker, Witchblade, Blue Murder, Relic Hunter, Earth: Final Conflict, Highlander: The Raven and La Femme Nikita. He was a member of the repertory cast of the A&E Network series A Nero Wolfe Mystery.