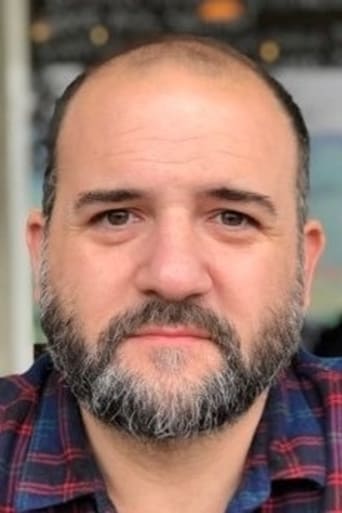 After starring in 7 Broadway shows in 11 years, Jimmy Smagula made the move to Los Angeles and has been very busy. He recently guest starred opposite Angie Harmon on TNT's smash hit show "Rizzoli and Isles" Appearing on "Hot in Cleveland" as the husband to Broadway and television star Marissa Jaret Winokur was the first of many television appearances. Jimmy also played Tommy Zicaro on Abc's long running hit Grey's Anatomy, having several scenes with Ellen Pompeo and Sara Ramirez. On Parks and Recreation, Jimmy played "Peter" a disgruntled community member, opposite Aubrey Plaza and Chris Pratt. On The Disney Channel's most successful series, Jessie, Jimmy played Angelo Ciccolini, the father of Jessie's love interest, Tony. He was also featured on Betty White's Off Their Rockers, in a scene with Ms. White. On the big screen Jimmy can be seen in The Island directed by Michael Bay. His scene with Steve Buschemi in this film would later win him the role of Sal Iacuzzo on The Sopranos, in an episode directed by Mr. Buschemi. Jimmy's character exposed the secret gay life of one of the mobsters. This pivotal scene would be seen on "Extra", "Access Hollywood" and other National news shows. His other film credits include roles in Step Up 3, directed by Jon Chu and The Producers Movie Musical in a scene with WIll Ferrell. Jimmy has appeared in leading roles on Broadway in Billy Elliot the Musical, directed by Stephen Daldry, The Little Mermaid, To Be or Not To Be, at Manhattan Theatre Club, directed by Casey Nicholaw, Phantom (Piangi), Damn Yankees with Sean Hayes and Jane Krakowski, Man of La Mancha with Brian Stokes Mitchell and The Full Monty. In addition, Jimmy has performed the role of Piangi in Phantom around the US to critical acclaim in dozens of cities including San Francisco, Chicago and Los Angeles. Regionally he has performed at the Old Globe Theatre in San Diego, the Signature theatre and the National theatre both in Washington, DC, the North Shore Music Theatre in Boston, the Papermill Playhouse in Millburn, NJ and in Sweeney with Kelsey Grammer and Christine Baranski at the Ahmanson Theatre in Los Angeles. Audiences around the country best know Jimmy from the television shows The It Factor on Bravo and his three appearances on The Rosie O'Donnell Show. - IMDb Mini Biography By: Jimmy Smagula