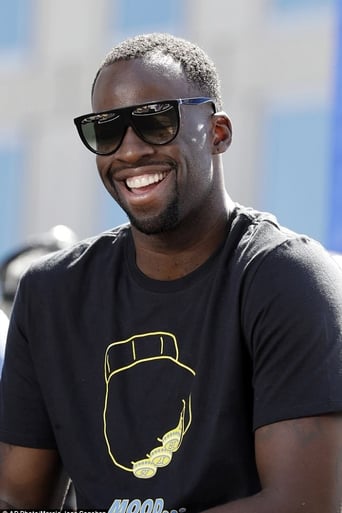 From Wikipedia, Free Online Encyclopedia: Draymond Jamal Green Sr. (born March 4, 1990) is an American professional basketball player for the Golden State Warriors of the National Basketball Association (NBA). Green, who plays primarily at the power forward position, is a three-time NBA champion and a three-time NBA All-Star. In 2017, he won the NBA Defensive Player of the Year. Green grew up in Saginaw, Michigan, and played college basketball for Michigan State, where he helped the Spartans earn two Final Four appearances and a Big Ten Tournament championship in 2012. Throughout his four-year college career, Green earned conference and national honors, including Big Ten Conference Sixth Man of the Year as a sophomore, and consensus All-American and NABC National Player of the Year honors as a senior. He went on to be drafted 35th overall in the 2012 NBA draft by the Golden State Warriors, and later played a key role on the Warriors' 2015, 2017 and 2018 championship teams. Green, who often plays significant minutes for the Warriors as an undersized center in their Death Lineup, has been cited as one of the leaders in an emerging trend in the NBA of versatile frontcourt players capable of playing and defending multiple positions, making plays for teammates and spacing the floor.