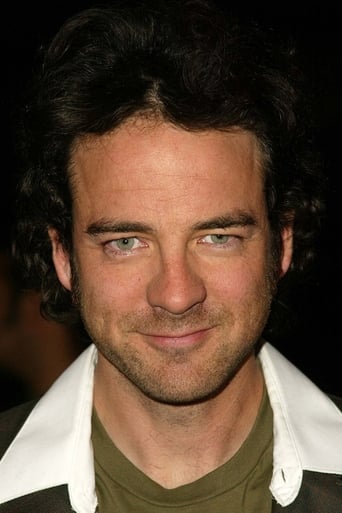 Andy Comeau is an American actor, born on October 19, 1970, in New Boston, New Hampshire. He studied first at Guertin High School, where he discovered his passion for the performing arts, was why he decided to start a career in the University of New Hampshire. Throughout his career, participated in several telefilms, such as: "out of control" and "Virtual obsession". Also worked in the field of cinematographic art, in films such as: "Rave Review", "My Tiny Universe", "Life Happens", "The Babysitters" and "Animals" (which has the participation of Naveen Andrews). Another area in which ventured, was that of the theatre, being part of several works, among them: "Biloxi Blues", "The tempest", "El Jardin de los Cerezos" and "The dream of a summer night". But without a doubt, his works that gave more prestige around the world were linked to the land of the series, part of dozens of casts, as in: "Will and Grace", "The Parkers", "Providence" (in which he's Andy along 5 episodes), "CSI: Crime Scene Investigation", "CSI: New York", "Criminal minds", "Huff" (in the role of Teddy Huffstodt between 2004 and 2006)"Open case", "Nip/Tuck" and "House" (featuring Dr. Travis Brennan in 2007). Currently, it focuses on the role of Nathan, in the series entitled "walk-in". In her spare time, Andy enjoys playing his tenor saxophone.