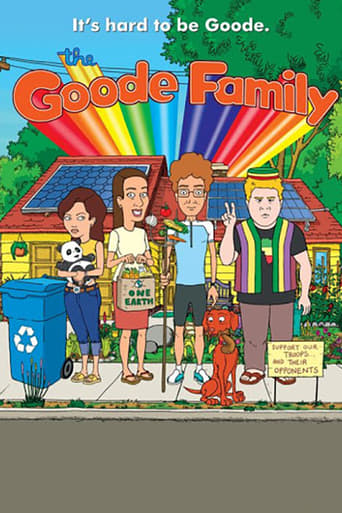 The Goode Family is an American animated comedy series, which originally aired on ABC from May 27, 2009 to August 7, 2009. The series was created by Mike Judge, and follows the life of an environmentally responsible, albeit obsessive, family. The series takes a comic look at contemporary society. Judge created the show along with former King of the Hill writers John Altschuler and David Krinsky. The show was cancelled after its first season due to low ratings. The series was released on DVD format on January 8, 2013 by Shout! Factory.