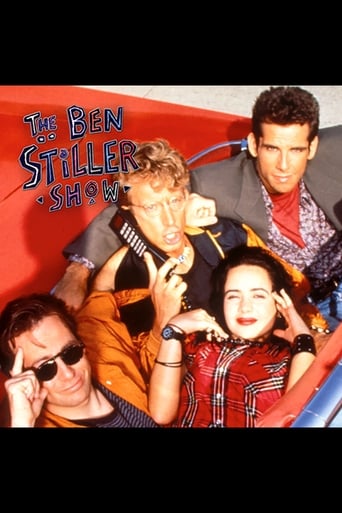 The Ben Stiller Show is the name of two sketch comedy television shows that aired on MTV from 1990 to 1991, and then on Fox from September 1992 to January 1993. The Fox show stars Ben Stiller, Andy Dick, Janeane Garofalo and Bob Odenkirk. Character actor John F. O'Donohue also appeared in every episode. It featured numerous filmed comedy segments, many of which parodied mid-1980s to early 1990s pop-culture. Despite mostly positive reviews, Fox canceled the series after only 12 episodes, due to low ratings. Unlike most sketch comedy shows, The Ben Stiller Show did not use a studio audience or a laugh track. This was the only Fox sketch comedy program not to use a laugh track. The semi-spinoff, The Andy Dick Show, used the same format. After cancellation, the series won the 1993 Emmy Award for Outstanding Writing in a Variety Series.