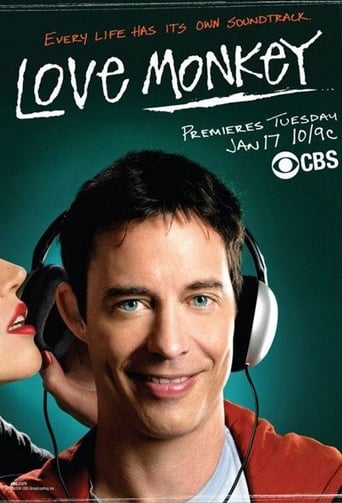 Love Monkey is a television series created by Michael Rauch and based on a book of the same name, by Kyle Smith. It starred Tom Cavanagh as a 30-something, single, record executive who navigated the tumultuous and highly amusing waters of work and dating in New York City. Its first episode aired on January 17, 2006 on CBS, attracting an audience of about 8.6 million viewers. By its third episode on February 7, viewership was down to 6.2 million, and CBS pulled it from the schedule, with no plans for its return. At the end of March, VH1 announced plans to re-broadcast the three episodes broadcast on CBS and air the five remaining unaired episodes. The last episode aired on May 16, 2006 on VH1. CBS has one episode available free for online viewing via its new Innertube website and intends to make the other 7 episodes available for viewing there as well. As it was bought for syndication by VH1, it now airs on MuchMoreMusic in Canada. In the summers of 2009 and 2010, the series was shown on the Universal HD cable network. It was a co-production of Paramount Television and Sony Pictures Television.