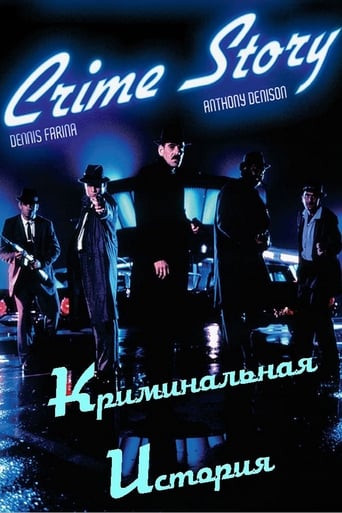 Crime Story is an American TV drama, created by Gustave Reininger and Chuck Adamson, that premiered in 1986 and ran for two seasons on NBC. The executive producer was Michael Mann, who had left his other series Miami Vice to oversee Crime Story and direct the film Manhunter. The show premiered with a two-hour pilot — a movie which had been exhibited theatrically — and was watched by over 30 million viewers. It was then scheduled to follow Miami Vice on Friday nights, and continued to attract a record number of viewers. NBC then moved the show to Tuesdays at 10 pm opposite ABC's Moonlighting, hurting its ratings to the point that NBC ordered its cancellation after only two seasons. Set in the early, pre-Beatles 1960s, the series depicted two men — Lt. Mike Torello and mobster Ray Luca — with an obsessive drive to destroy each other. As Luca started with street crime in Chicago, was "made" in the Chicago Outfit and then sent to Las Vegas to monitor their casinos, Torello pursued Luca as head of a special Organized Crime Strike Force. Torello, his friend Ted Kehoe, and Luca had grown up in Chicago's "The Patch" neighborhood, also called "Little Sicily" or "Little Italy" and the haunt of the Forty-Two Gang. The show attracted both acclaim and controversy for its serialized format, in which a continuing storyline was told over an entire season, rather than being episodic, as was normal with shows at the time.