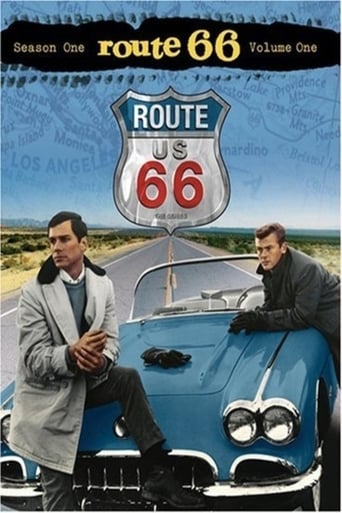 Route 66 is an American TV series in which two young men traveled across America in a Chevrolet Corvette sports car. The show ran weekly on Fridays on CBS from October 7, 1960 to March 20, 1964. It starred Martin Milner as Tod Stiles and, for the first two and a half seasons, George Maharis as Buz Murdock. Maharis was ill for much of the third season, during which time Tod was shown traveling on his own. Tod met Lincoln Case, played by Glenn Corbett, late in the third season, and traveled with him until the end of the fourth and final season. The series currently airs on Me-TV, My Family TV and RTV. Among the series more notable aspects were the featured Corvette convertible, and the program's instrumental theme song, which became a major pop hit.