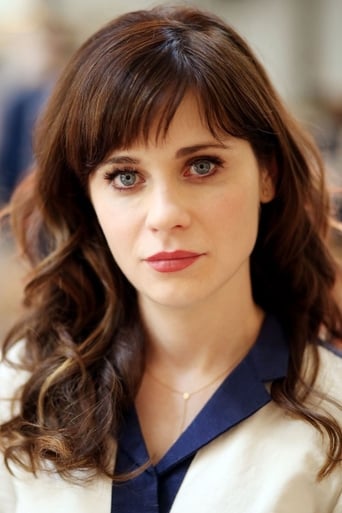 Zooey Claire Deschanel is an American actress, musician, and singer-songwriter.  Deschanel made her film debut in 1999 with Mumford, followed by her breakout role as Anita Miller in Cameron Crowe's 2000 semi-autobiographical film Almost Famous. Deschanel soon became known for her deadpan and "Manic Pixie Dream Girl" supporting roles in numerous film roles. She has portrayed the role of Jessica Day in the Fox comedy series New Girl since 2011. For a few years starting in 2001, Deschanel performed in the jazz cabaret act If All the Stars Were Pretty Babies with fellow actress Samantha Shelton.  Besides singing, she plays keyboards, percussion, banjo and ukulele. In 2006, Deschanel teamed up with M. Ward to release their debut album Volume One (recorded under the moniker She & Him) which was released in March 2008, followed by two additional volumes and a Christmas album.  She also often sings in her films.   Also 1999, Deschanel starred as herself in the music video "She's Got Issues" for The Offspring, followed by a judging position for the ninth Independent Music Awards.  She has signed on to represent Rimmel, a cosmetics brand and personally launched HelloGiggles, an entertainment website geared towards women, with producer Sophia Rossi and writer Molly McAleer. In 2012, she was featured in a commercial for the iPhone 4S, and later announced that she would be producing a comedy called Must Be Nice, written by New Girl consulting producer J. J. Philbin.