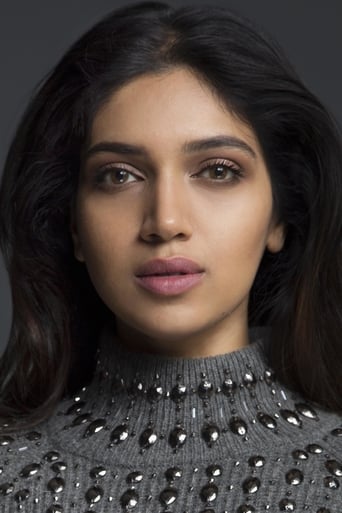 Bhumi Pednekar is an Indian film actress. After working as an assistant casting director at Yash Raj Films for six years, Pednekar made her acting debut with the starring role of an overweight bride in the company's 2015 romantic comedy Dum Laga Ke Haisha. Her performance was acclaimed and she was awarded the Filmfare Award for Best Female Debut. Pednekar rose to prominence in 2017 by playing headstrong women in two commercially successful comedy-dramas, Toilet: Ek Prem Katha and Shubh Mangal Saavdhan. The latter earned her a nomination for the Filmfare Award for Best Actress.