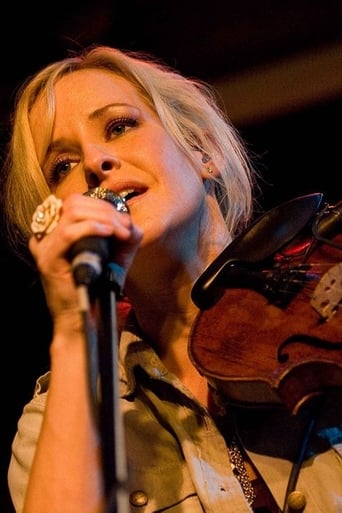 ​From Wikipedia, the free encyclopedia.   Martie Maguire (born Martha Elenor Erwin; October 12, 1969) is a Grammy Award-winning American songwriter, multi-instrumentalist, and a founding member of the female alternative country band, the Dixie Chicks. She won awards in national fiddle championships while still a teenager. Maguire is accomplished on several other instruments, including the mandolin, viola, acoustic bass, and guitar. She has written and co-written a number of the band's songs, some of which have become chart-topping hits. She also contributes her skills in vocal harmony and backing vocals, as well as orchestrating string arrangements for the band. She is left-handed but plays right-handed. Maguire learned several instruments at a young age, honing her skills with her younger sister, Emily Robison (née Emily Erwin) and two schoolmates (a brother and sister team, Troy and Sharon Gilchrist) for over five years as a part of a high school touring bluegrass quartet. After graduation, the sisters forged an alliance with two other women they had met through the Dallas music scene, Laura Lynch and Robin Lynn Macy, forming a bluegrass and country music band, busking and touring the bluegrass festival circuits for six years. After the departure of Macy, and the replacement of Lynch with singer-songwriter Natalie Maines, the band widened their musical repertoire and appearance. The result was a trio so commercially successful that it took the country music industry by surprise, with a number of hit songs, albums, and awards that have set records in the music industry. Maguire subsequently stood by her bandmates as they were engulfed in political controversy. Description above from the Wikipedia article Martie Maguire, licensed under CC-BY-SA, full list of contributors on Wikipedia.