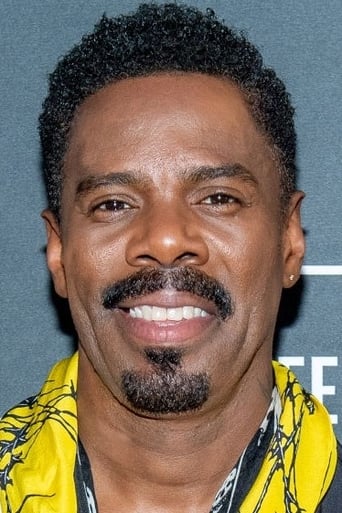 From Wikipedia, the free encyclopedia. Colman Domingo (born November 28, 1969) is an award-winning American actor, playwright and director. Domingo graduated from Temple University where he majored in Journalism. Soon thereafter he moved to San Francisco, California where he started acting, mainly in theatre. One of the first films for Domingo was in 1999 in the movie Around the Fire as Trace, where he worked with Eric Mabius and Tara Reid. Colman starred as Mister Franklin/ Venus of Berlin in the critically acclaimed rock musical Passing Strange, which, after a successful 2007 run at The Public Theatre, opened on Broadway on Feb. 28, 2008. Colman Domingo received an Obie Award in spring 2008 as part of the ensemble of Passing Strange Off-Broadway . Colman reprised his roles in the film version of Passing Strange directed by Spike Lee, which made its premiere at the Sundance Film Festival in January 2009. In 2010, Domingo's self-penned play "A Boy and His Soul" premiered Off-Broadway at the Vineyard Theater, for which he won GLAAD Award: Outstanding New York Theater: Broadway & Off–Broadway and a Lucille Lortel Award for Outstanding Solo Show. He was also nominated for a Drama Desk Award and a Drama League Award. Domingo starred as Billy Flynn in Chicago, the longest running revival on Broadway (Playbill.com). Colman also starred in final collaboration by Kander and Ebb, The Scottsboro Boys directed by Susan Stroman on Broadway in Fall 2010, and, for that role, he was nominated for the Tony Award for Best Performance by an Actor in a Featured Role in a Musical in May 2011. Domingo was also nominated for the Fred Astaire Award for Best Principal Dancer on Broadway in 2011. He starred on the second and third (final) seasons of Logo TV's The Big Gay Sketch Show, produced by Rosie O'Donnell; his best known character is his impression of Maya Angelou. Colman can be seen in an upcoming series, produced & recorded at DuArt, created by J. Kyle Manzay, called, It's All Elementary. Domingo has taught at the O'Neill National Theater Institute. Description above from the Wikipedia article Colman Domingo, licensed under CC-BY-SA, full list of contributors on Wikipedia.