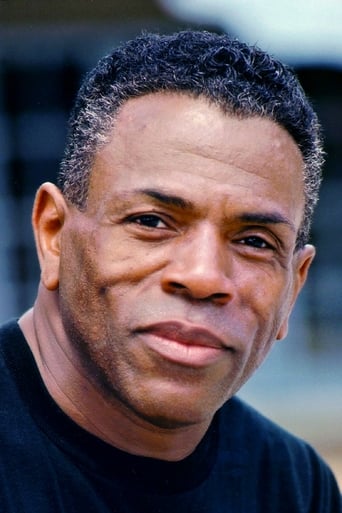 André De Shields is an African-American actor, singer, director, dancer, novelist, choreographer, lyricist, composer, and professor. De Shields began his professional career in the 1969 Chicago production of HAIR, which led to a role in The Me Nobody Knows and participation in Chicago's Organic Theater Company. He performed in a number of off-off-Broadway productions at La MaMa Experimental Theatre Club in the East Village of Manhattan during the 1970s, 1980s, and early 1990s. He made his Broadway debut as Xander in Stuart Gordon's 1973 Warp! and next appeared in Paul Jabara's 1973 Rachael Lily Rosenbloom (And Don't You Ever Forget It), which closed during previews. He then appeared in the title role of The Wiz, Charlie Smalls and William F. Brown's 1975 musical directed by Geoffrey Holder. After choreographing two Bette Midler musicals, De Shields returned to Broadway to perform in the musical revue Ain't Misbehavin' in 1978. The original production ran for over 1,600 shows and De Shields earned a 1978 Drama Desk nomination for his performance. In 2000, De Shields originated the role of Noah "Horse" T. Simmons in the Terrence McNally / David Yazbek musical adaptation of the film The Full Monty. As with an earlier musicial Play On!, De Shields earned both Tony and Drama Desk nominations for this performance. De Shields has appeared on television on Another World, Cosby, Sex and the City, Great Performances, Lipstick Jungle, Law & Order, and Law & Order: Special Victims Unit. He won an Emmy Award for Outstanding Special Achievement for his performance in the 1982 NBC broadcast of Ain't Misbehavin', and played Tweedledum in a 1983 televised production of Alice in Wonderland that also featured Eve Arden, Richard Burton, Colleen Dewhurst, James Coco, Kaye Ballard, and Nathan Lane.