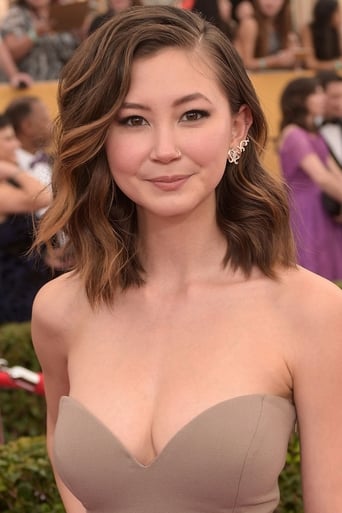 Kimiko Glenn was born and raised in Phoenix, AZ, where she grew up with her sister Amanda, and parents Mark and Sumiko. She started doing theater when she was ten years old at Valley Youth Theatre and there, began developing her love for performing. Halfway through her freshman year of college at the Boston Conservatory, she was cast in the 1st National Tour of Spring Awakening. After touring for two years, she finally settled her life in New York. Since then, she starred as the title role in La Jolla Playhouse's Yoshimi Battles the Pink Robots, directed by Des McAnuff; and played the bratty "Princess Ssu-Ming" in the Playhouse's production of The Nightingale, directed by Moises Kaufman. She was honored to perform at the Delacorte Theater for Shakespeare in the Park, in The Public's Love's Labour's Lost, directed by Alex Timbers. She had a blast originating the role of "Emily" in the Off-Broadway production of Julianne Moore's Freckleface Strawberry and is proud of the many exciting projects she has been a part of. Favorites include: Behind the Painting written by Maltby & Shire; Plop, written by Bare's Damon Intrabartolo; Yeast Nation from the creators of Urintetown at the NY Fringe festival '11; Crossing Over as part of the National Asian Artists' Project; and the staged reading of Cheer Wars -- her very first New York job. Kimiko has also appeared in feature films Construction; Nous York; and Hairbrained starring Brendan Fraser & Parker Posey; and the movie-musical short, Galaxy Comics, by director Kevin McMullin. You may have seen her in the 2011 Disney/ABC Diversity Showcase directed by Ted Sluberski and Joe Ward. She was thrilled to shoot NBCUniversal's half-hour comedy pilot Holding Patterns; and will be joining the cast of Orange is the New Black, a Netflix series, as Brook Soso.