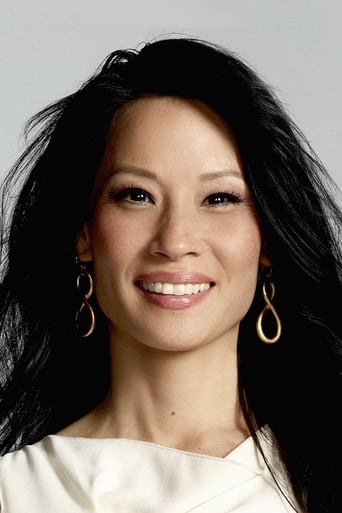 Lucy Alexis Liu (born Lucy Liu; December 2, 1968) is an American actress, voice actress, director, producer, singer and artist. She became known for playing the role of the vicious and ill-mannered Ling Woo in the television series Ally McBeal (1998–2002), for which she was nominated for a Primetime Emmy Award for Outstanding Supporting Actress in a Comedy Series and a Screen Actors Guild Award for Outstanding Performance by a Female Actor in a Comedy Series. Liu's film work includes starring as one of the heroines in Charlie's Angels (2000), portraying O-Ren Ishii in Kill Bill (2003), and starring roles in the main casts of Payback (1999), Chicago (2002), and the animated film series Kung Fu Panda (2008–present) portraying the character Master Viper. In 2008, she starred in an ABC comedy-drama, Cashmere Mafia, which ended after one abbreviated season. The show was one of only a few American television shows to have an Asian American series lead. In 2012, Liu joined the cast of the TNT series Southland in the recurring role of Jessica Tang, for which she won the Critics' Choice Television Award for Best Drama Guest Actress. She is currently co-starring in the Sherlock Holmes–inspired crime drama series Elementary as Joan Watson for which she won the Seoul International Drama Award for Best Actress, and voicing Silvermist in Disney's Tinker Bell film series. Description above from the Wikipedia article Lucy Liu, licensed under CC-BY-SA, full list of contributors on Wikipedia.