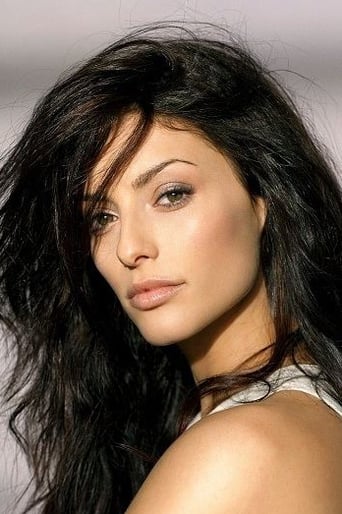 Erica Cerra (born October 31, 1979, height 5' 4¼" (1,63 m)) is a Canadian actress, best known for her portrayal of Deputy Jo Lupo on the Syfy series Eureka. Cerra was born in Vancouver, British Columbia, of Italian descent. She was captivated by acting from the age of eight and appeared in numerous commercials as a child. For a time, she took a break from acting and returned in 2001 at the age of 22. She was named one of Vancouver's five hottest up-and-coming actresses by Vancouver Lifestyles Magazine in 2005. Cerra had starred as Deputy Jo Lupo in Eureka, a Syfy series which was broadcast between 2006 and 2012. Also, in 2006, she starred in the music video for the Michael Bublé song "Save the Last Dance for Me". Cerra is credited with featured roles in several popular and critically acclaimed TV shows including Battlestar Galactica and The L Word. She has also appeared in major cinematic movie releases including Man About Town with Ben Affleck and Rebecca Romijn, and Blade:Trinity with Wesley Snipes. Cerra's face and body were used as the model for the character of Ashley Williams in the Mass Effect franchise of video games. Her other guest-starring roles include turns on Smallville, The 4400, The Dead Zone, Reaper, Huff and Dead Like Me. Other shows on her resume include the Canadian police procedural Cold Squad, the monster-hunting action series Special Unit 2, and the supernatural thriller series The Collector. Cerra married Raffaele Fiore in November 2010. Cerra gave birth to the couple's first child, Talia Serafina, on May 14, 2012.