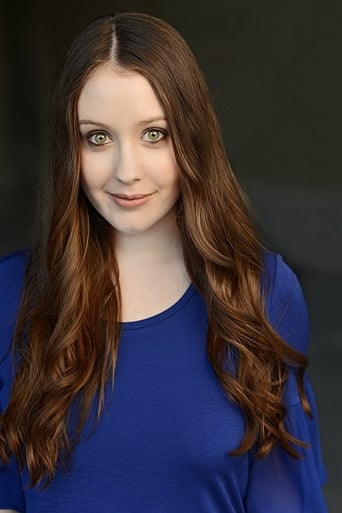 Katherine Evans was born in Victoria, British Columbia, Canada. She fell in love with performing at a young age, singing and acting out songs at voice recitals and taking dance classes. At the age of ten, she discovered musical theatre and obtained her first role with a professional musical theatre company. At thirteen, she began to audition for and book student and independent film roles in Vancouver, British Columbia. At fourteen, she began to win roles in professional film and television productions. Katherine received awards recognition for both of her first two television appearances: in AMC/Netflix's The Killing (2011), and in BBC America's Intruders (2014). At the 2014 Joey Awards, her work in The Killing (2011) was nominated for Young Actress age 15-19 in a TV Series Drama Supporting/Recurring, and she won, with her other young cast members, Young Ensemble Cast in a Dramatic TV Series. At the 36th Young Artist Awards, her role in The Killing (2011) earned her a nomination for Best Performance in a TV Series - Recurring Young Actress 14-16, and her work in Intruders (2014) earned her another nomination for Best Performance in a TV Series - Guest Starring Young Actress 14-16. Katherine is best known for her roles in The Killing (2011) and Autumn to Spring (2012).