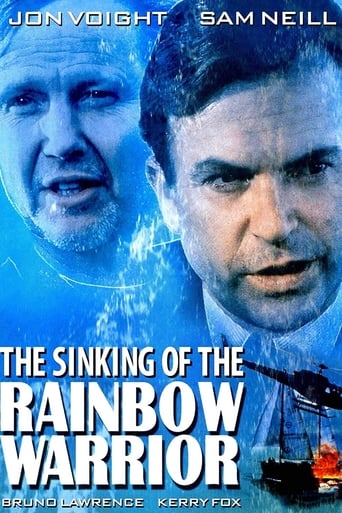 Peter Wilcox (Voight), as skipper of the 'Rainbow Warrior', a Greenpeace ship, docks in Auckland, July 1985, preparing for a protest against French nuclear testing in the south pacific. When a bomb rips open the vessel, killing a crew member, he must convince the police superintendent (Neill) that this is an act of terrorism. Determined not to allow outside forces to threaten their harbor, the police embark on a pursuit of the persons responsible. The events that follow nearly bring down an allied nation's government.