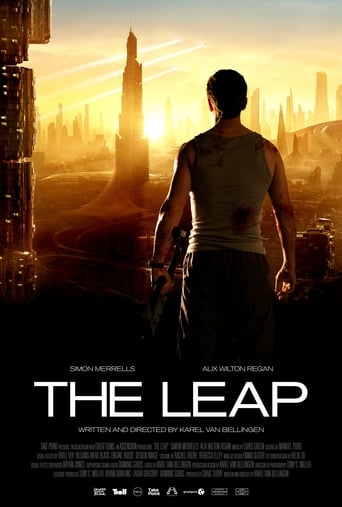 After a long interstellar search, man has found a second home: New Earth. After the scientists, the governments, the military and the wealthy, the hopeless masses of Earth too want their chance at a new life on this emerging world of wonder and opportunity. 'Taking the Leap' in whatever way, lawfully or not, has become the dream of millions. In order to deal with illegal stowaways and human trafficking on a Biblical scale, specialized police cadres have been activated. In 22nd century London, this is the Inter-Planetary Migration Administration. Confrontations between IPMA units and the smuggling rings are merciless, if not most for those caught in the middle. Jacob Reiss is a conscientious but disillusioned IPMA detective, a veteran with 15 years of service. An encounter with a Cartel prostitute presents him with an opportunity he had given up on, a chance to save himself from a crushing secret in his past, as well as an empty future on Earth.