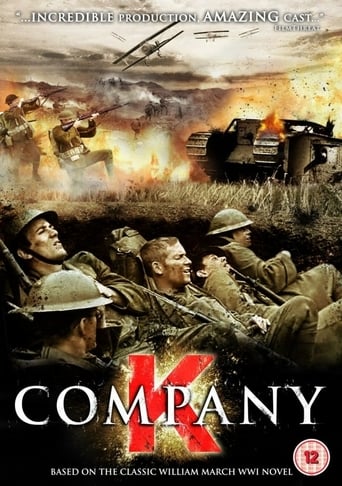 Based on the popular World War I novel by author William March, director Robert Clem's COMPANY K follows a veteran of the first great conflict as he finishes a book about his wartime experiences and reflects on how a man's true character is revealed through his actions on the battlefield. From the German soldier who visits him in dreams to the camaraderie that is forged by fighting together and the true gravity of laying down your life for a greater cause, World War I veteran Joe Delaney will attempt to exorcise his demons through writing while struggling to readjust to small-town life following the trauma of war.