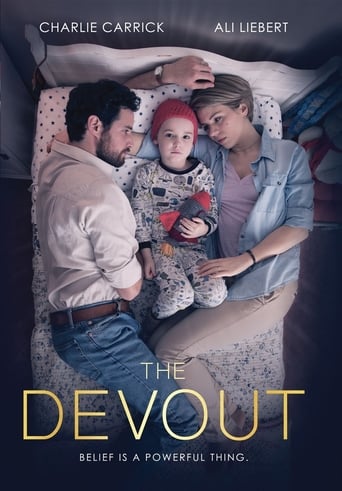 A story about the power of belief, The Devout follows Darryl Eckford during trying times: his 4-year-old daughter, Abigail, has terminal cancer with weeks to live. Abigail is obsessed with space, and she talks with extraordinary detail of the Apollo 1 space mission. After she admits her former name, Darryl researches the space mission and finds inexplicable coincidences. A devout Christian, Darryl faces a crisis of faith when he begins to believe that his daughter was an astronaut in a former life. This newfound belief instills hope in Darryl, because, if his daughter has lived before, she will live again. He must face his wife, community and his own faith as he seeks out truth, because, if his daughter has lived before, she will live again. Its intriguing story and meticulous direction from Connor Gaston makes The Devout one of the most impressive Canadian independent films of the year.